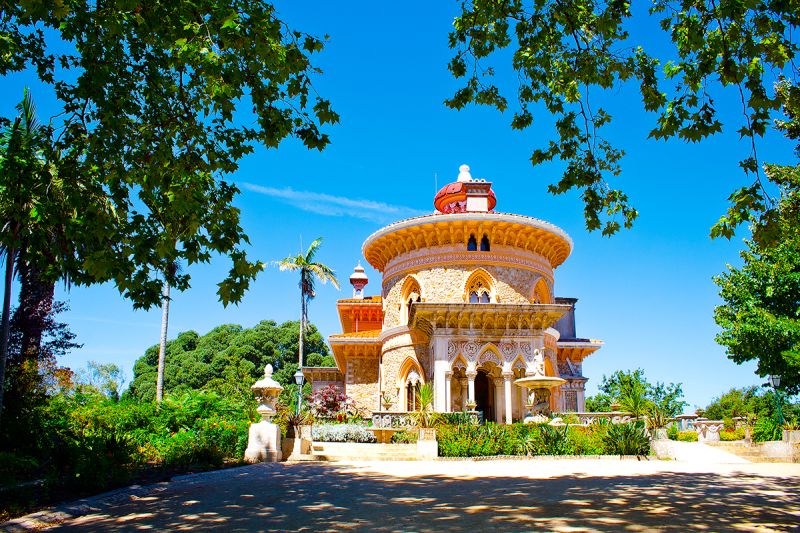 Previous Next
← previous day next day →

Posted by Arco-Íris (Leiria, Portugal) on 29 August 2010 in Architecture and Portfolio.

The Monserrate Palace is an exotic palatial villa located near Sintra, Portugal, the traditional summer resort of the Portuguese court. It was built in 1858 for Sir Francis Cook, an English baronet created visconde de Monserrate by King Luís. Monserrate turned to an English architect, James Knowles Jr., for designs. Though its Moghul-inspired details are unique in Portugal, its eclecticism is a fine example of the Sintra Romanticism, along with other nearby palácios, such as the Pena Palace.

Spotlight Photos:
View all of my Spotlight images

lovely colors and compo, thanks for the info as well, = )

What a wonderful folly, fancy and colourful!

What a beautiful place! Love the framing.

Tim from Ft. Worth, United States