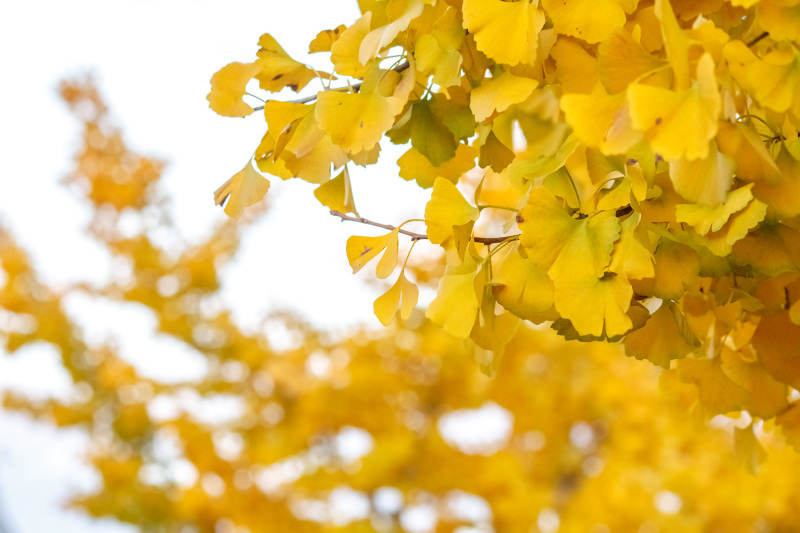 Previous Next
← previous day next day →

Posted by Arco-Íris (Leiria, Portugal) on 9 December 2018 in Plant & Nature and Portfolio.

Ginkgo biloba, commonly known as ginkgo or gingko , also known as the maidenhair tree, is the only living species in the division Ginkgophyta, all others being extinct. It is found in fossils dating back 270 million years. Native to China, the tree is widely cultivated, and was cultivated early in human history. It has various uses in traditional medicine and as a source of food.
The ginkgo is a living fossil.
Extreme examples of the ginkgo's tenacity may be seen in Hiroshima, Japan, where six trees growing between 1–2 kilometres from the 1945 atom bomb explosion were among the few living things in the area to survive the blast. Although almost all other plants (and animals) in the area were killed, the ginkgos, though charred, survived and were soon healthy again, among other hibakujumoku (trees that survived the blast).

Spotlight Photos:
View all of my Spotlight images

Beautiful colors and well captured with this dept of fields.

Thanks for the information in addition to the beautiful picture

Beautiful image of this glorious living fossil and superb information. Thank you, Ana.

Fine colors and depth of field, a superb photo as a result.

Lovely this color and shape of the leaf.

What a great tree!

I like the contrast between the in focus and the out of focus leaves.